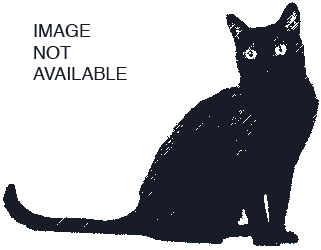 I’ve adopted a cat more than a month ago, found him on my balcony. The cat is young and healthy and we called him “Mao”. Since he loves being outside, he usually goes out all day long, and comes back only at night to sleep in a cozy place and eat well. He is small in size, and looks like a Tabby gray cat. He has a flea collar (white reflecting) which I have bought him. He has an orange mark on one side of his head and has a dark spot on his behind (below his ‘pooper’) which can be seen well when looking at him from the back. Sadly I don’t even know if it is an ‘he’ or a ‘she’. I was going to bring him to the vet last week.

Unfortunately, I never had a chance to put a tag on him, to write his address. He didn’t come back home since Thursday night the 22nd of October 2009, on Offenbach street. We are quite sad. I just hope no one sent him to the SPCA. I just hope that he was adopted and is taken care of by someone. I would really like him to come back home since we miss him. He loves being outside and that’s why we let him out as much as he wants. If you can help me find him/her, it would be so great. Thank you so much.