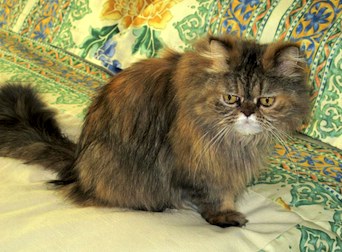 The last news we had of her she was seen around the steps that separate Place de Jumonville and Boulevard l’Assomption. We believe she took refuge in the woods located between these two streets. As it is very “à pic”, the search was unsuccessful. The cat has probably explored even more since and we believe she could have reached the wooded area north Jumonville which includes Bois des Pères at Rosemont Boulevard and bound on the east by Dickson or even the grounds bordering Sherbrooke Street to the south.